Armando Sebastian is an artist, a poet with a brush who is devoted to creating ideals of harmony through art that moves our emotions.  It is a perfect escape of everyday reality and an expression of creative imagination.  Distinctively dazzling, Sebastian’s art establishes a presence that is palpably alive.  Full of imagery and ritual, it is art that has the power to represent and create spectacular, timeless, flourishing.  His poetic body of work embodies vestiges of a mystical paradise.

Sebastian was born in Monterrey, Nuevo León, Mexico where he pursued a career at the Autonomous University of Nuevo León.  Art was ingrained in his heart from an early age, therefore, becoming a relentless renaissance man: Sebastian designed, cut fabrics, made costumes, created jewelry, continuously painted, ornamented every space in his room as a youth, and for hours dreamt endlessly about scenes that would later become his emblematic paintings that are now highly sought after.

Armando Sebastian is a self-taught artist and most of his learning came from pouring over hundreds of volumes of art books.  Being drawn to the Surrealist art movement, medieval art, 18th Century art, religious imagery, and Ex Votos, a type of Mexican artistic religious iconography, Sebastian implements symbolic meaning and dimension in his work.

Mexico City-based Spanish painter Remedios Varo became a strong, early influence.  Sebastian, in his enigmatic paintings, makes use of androgynous beings engaged in emotional expressions such as letter writing, poetry recitations,  proclamations of love, and even sadness with transparent, diamond-like tears over the face of his subjects.  Some depictions engage in magical arts and even the occult and shamanism or curanderismo.

Another major influence in Sebastian’s work is French post-impressionist painter Henri Rousseau.  In Sebastian’s series: The Garden of Good and Evil, a few elements of Rousseau’s paintings can be seen as an influence.  The piece titled: Boys in the Garden depicts a paradise garden oasis full of fragrant flowers, a cult to the god of beauty and ecstasy, colorful, curious, and perhaps even picaresque with youthful prowess, one boy’s eyes can see, while the other boy is blindfolded.  In the resplendent and sumptuous blues and greens, birds of paradise, a heavenly waterfall, several wild birds, and even a poisonous snake about to devour a rabbit serve as a reminder that even in paradise there will be room for evil.

Sebastian has stated that his inspiration comes mainly from life experiences, childhood dreams, and magical childhood stories.  His sense of embellishment and decorative exquisiteness can be fully appreciated in the painting: Indra & Eloise / The Thieves of Hearts.  The depiction is of two personages endowed with lavish, expressive eyes flying on a vivid and mysterious magic carpet.  The dramatic gowns are richly ornamented with gold threads, soft, thick velvet, and jewels from far away lands.  Black dots applied on the subjects are a resemblance of the eternal black hole of our universe or perhaps a kohl marking to ward off evil spirits.  The black dot is all-powerful and is the spiritual sight that can see things that the physical eyes cannot see.  There is no need to interpret the inherent genders, the narrative is gloriously imperial and their journey is seemingly frozen in venerable tranquil beauty lit by beaming moonlight.

Sebastian studied the art of Frida Kahlo and Leonora Carrington.  Both women artists left an impressive formality of style that Sebastian ceremoniously renders admiration by enveloping elements into his artwork.  In Lagrimas de Cristal / Diamonds of Sorrow, a boy is consumed by sadness and aching for love.  A clear homage to Kahlo’s sorrow and personal pain can be admired in the wet, droopy eyes of the boy who lets out his cry with crystal-diamond beads and an emotional, unrequited love letter written on the blue wall.  You can’t ignore the counted tears on the table without also admiring his ruby-red lips that spark a sense of forgiveness for the misdeed.

In Parallel Universe / Ciervos en Primavera, Sebastian applies his deep understanding and connection to the art of Leonora Carrington.  In this scene, a powerful act of his imagination depicts a divine world with a sense of time-related to the here and now, but also eternity.  His space and dimension for creation are open and boundless.  It brims over and you’re pulled in.  It's a different world with an alchemy of symbols. It's a scene that invites the viewer to step back and let you observe details and small moments.  Glorified in the power of color to awake love and passion, there is a boy hidden behind an evergreen garden of perfumed blossoms begging for pollination.  Drawn by his sense of smell, his masked, peeking eyes are oblivious of a hungry, black, serpent eating a fawn and his defeated mother.  In his harmonious garden, he stands tall like the obelisk at the distant hills and he is master of his paradise.  The scene is framed by a theatrical red curtain, perhaps a symbol of palpitating blood, he’s in another mysterious dimension, unbeknownst to him that the viewer is observing his world.

Armando Sebastian is deeply connected to his Mexican roots.  Culture plays a major role in his work.  He carries with him a sketchbook so that wherever he may be, he can doodle ideas that come to mind.  His love of music such as boleros, ballads, and electronic music, poetry, coffee, and chamomile tea nourish his senses while he works.  His process for each piece usually starts with the burning of incense, a shrine of objects, and a collage or inspirational board that fills his studio with artistic energy.  He’s mostly inspired to work in the early dawn hours, but he also works at night.  His studio is his sanctuary.

Sebastian’s hope for his extensive body of work is to transcend time, language, and cultural boundaries.  He hopes to reflect on human experiences and to record the expressive mind that will live on.

For more on Armando Sebastian and his work visit: 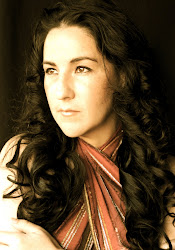